Will Israel Use An EMP Device Against Iran? 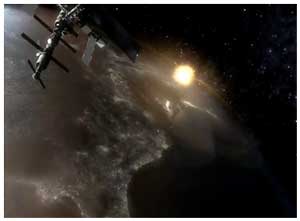 Painted into a corner, an EMP attack on Iran is Israel’s best option

Israel now finds itself painted into a corner.  Negotiations with Iran simply resulted in a plan to talk, talk, talk and then talk again sooner or later.

“For Israel, every day spent talking, is one day that Iran moves closer to assembling a nuclear weapon.”

Discussions are going quite well for Iran.  The longer they can hold off any real decisions from the 5 + 1 nations, the more time they purchase for their nuclear weapon program.  Iran correctly now believes that they have less and less to fear from an attack from Israel or the United States.

Sadly, Israel must now begin to accept that there will not be a U.S. coordinated conventional military strike on Iran’s nuclear facilities.  There is zero willingness from the Obama administration to become involved in another Middle-East conflict prior to the November, 2012, presidential elections.  The prevailing sentiment from the Obama administration and America’s main-stream-media indicates that the United States just might be willing to deal with a nuclear armed Iran.

“American politicians are much further away from Iran than is Israel.”

Recent disclosure by the IAEA (International Atomic Energy Administration) that Iran’s uranium enrichment measurement of 27% strongly indicates that Iran has proceeded well beyond the enrichment level of 20%. Iran is now less than 8 months away from nuclear weapon capability. Remember, just a couple of years ago Iran declared they would only enrich uranium to 3.5%.

“The Iranians are well on their way to producing uranium that can only be intended for use in nuclear weapons.”

The idea that Israel can mount an effective air assault on Iran lasting several weeks without the support of the United States is, at best, wishful-thinking.  A conventional air assault by Israel on the highly defended Iranian Nuclear Facilities would require several weeks of sorties by multiple squadrons of Israel’s elite aviators.  It is doubtful that the results would be equal to the cost.

At the onset of an air assault upon Iran by Israel, most neighbors of Israel will renew age-old hostilities. A re-armed Hezbollah in Lebanon would no doubt renew a massive missile assault onto northern and central Israel. Syria would willingly appreciate the distraction from killing its own citizens and turn its population against Israel. And, sadly, a newly destabilized and radicalized Egypt would willingly “Spring” to the call of a new jihad against Israel.

“If it were just the next-door neighbors that Israel needed to worry about, a conventional air assault against Iran just might be managed by Israel alone.”

Unfortunately, the Russians will not sit idly by while Iran gets hammered by the Israelis. Not only are the Iranians (and the Syrians) allies of Russia, the Russians have been quite vocal about NATO sticking their noses into nations where it doesn’t belong.

Let’s not forget that Russia’s Putin and Medvedev were very loud with their objections to NATO’s air support of the Libyan Islamist overthrow of Muammar Gaddafi’s government.  They were quite offended that NATO would assist a Radical Islamist movement in the overthrow of a legitimate, United Nation’s recognized government.

In late 2011, as the Syrian Islamist anti-government uprising began to gather international attention, the Russians began tactical and strategic maneuvers which would ensure that they would be a major decision maker in whatever might happen in Syria or, more important, to Syria.

The Syrians now garrison Moscow’s growing Mediterranean fleet in their port of Tartus. The Mig 29’s that were dispatched to Syrian Military Bases from the decks of the Russian Aircraft Carrier “Admiral Kuznetsov” in January, 2012, continue to provide air cover over Syrian cities in support of the Assad Regime’s crack-down on the Islamist anti-government forces.

The Russian support of the Assad Regime will continue to complicate any Israeli response to the Iranian Nuclear Development Program. The Russians in Syria sit between Israel and Iran.

The Russians will not be marginalized and the question no one is asking is:

“What will the Russians do if Iran is attacked?”

1 Response to Will Israel Use An EMP Device Against Iran?