The Sinai-Egyptian Jihadists Gather Against Israel 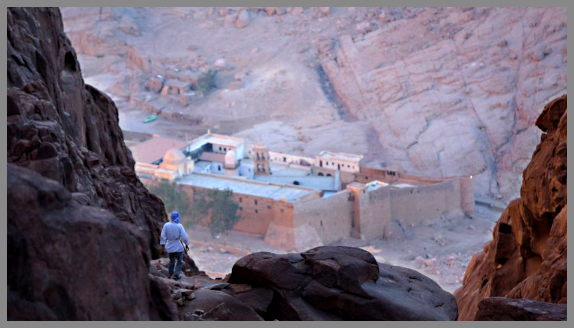 The jihadists’ move into Sinai only worsened Israel’s headache.
“Instead of operating in Gaza on a 40-kilometer border with Israel, they can now operate on a 250-kilometer border in Sinai,” a security source lamented.

Israeli intelligence says most of the attacks out of Sinai in recent months have been the work of Ansar Jerusalem, aka Ansar Beit al-Maqdis, which is believed to have several hundred operatives in the mountainous desert wastes that link Africa and Asia.

The Egyptians are unable to mount effective operations against the militants, who call themselves Ansar al Jihad in the Sinai Peninsula and in December 2011 swore allegiance to Osama bin Laden before he was assassinated by the Americans.

Their attacks on Israel, along with the empowerment of the Muslim Brotherhood in Egypt since the Feb. 11, 2011, downfall of Egyptian dictator Hosni Mubarak, pose a threat to Israel’s 1979 peace treaty with Egypt, lynchpin of Israeli and Western policy in the Middle East.

“Jihadist groups are emerging as a major threat in Egypt because of three developments: the permissive atmosphere for Islamist mobilization in general since Hosni Mubarak’s ouster, the ruling Muslim Brotherhood’s tolerance toward its fellow Islamists, and the weakness of the Egyptian state,” observed Aaron Y. Zelin of the Washington Institute for Near East Policy think tank.

Egypt’s declining internal security will give jihadists ample recruitment opportunities as well,” he noted in a January analysis.

“In addition, instability in northern Sinai and attacks against Israel could jeopardize the peace treaty.”

On Dec. 24, Egyptian security services foiled an attempt to smuggle 17 French-made rockets into Sinai. They thwarted an attempted car-bombing in Rafah, near the Gaza Strip on Sinai’s eastern border, Jan. 7. Two days later they seized a truck carrying 1 ton of explosives at a central Sinai checkpoint. The cargo was bound for the Hamas-ruled Gaza Strip.

The Egyptians said they’d intercepted 5 tons of explosives, automatic weapons and disassembled rockets in three months. Many of the weapons originated in Libya, officials said.

On Feb. 15, another 2 tons of explosives headed for the Sinai from Cairo was intercepted. Two days later the Egyptians uncovered a weapons cache in El Arish, the provincial capital, that included and anti-aircraft gun and six anti-tank mines.

On Feb. 18, Egyptian troops flooded several tunnels between Sinai and the Gaza Strip in a bid to curb the flow of weapons into the coastal enclave.

Israel’s General Security Service, known as Shin Bet, claimed in February that “hundreds” of high-quality weapons, including rockets and advanced anti-tank and anti-aircraft missiles from Libya and Sudan were smuggled into Gaza throughout 2012.