Saving Christians? What About Sudan?

Over 2.5 million Sudanese Christians have been murdered by the Muslim Arab invaders who conquered their traditional homeland. (Who cares?) For a backgrounder on the Sudanese Genocide see: Sudan & Obama’s Legacy of Death.

For over thirty years, successive U.S. Administrations have turned a blind eye to the genocide and slavery in the Sudan. Silence from the politicians and a disgraceful silence from the gilded pulpits of Post-America. 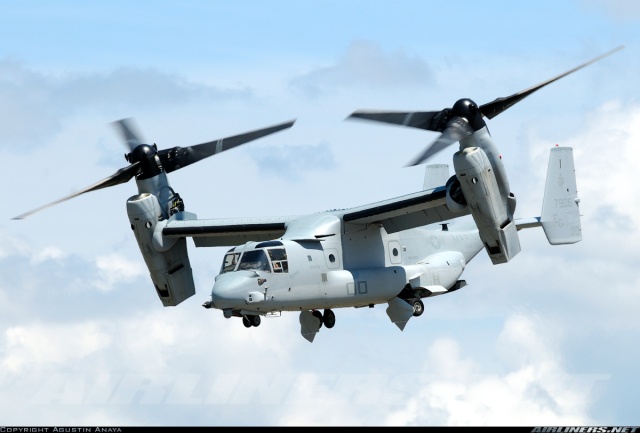 The US Air Force Special Operations Command (AFSOC) has disclosed details of a rescue mission in South Sudan that saw three of its Bell-Boeing CV-22 Osprey tiltrotor aircraft hit by ground fire more than 100 times and survive.

The CV-22s from the 8th Special Operations Squadron (SOS) were engaged in an evacuation of US citizens from the remote city of Bor, South Sudan, in late 2013 when they came under sustained ground fire from heavy machine guns, rocket-propelled grenades (RPGs) and small arms fire, the command disclosed on 30 July.

According to the account, the three aircraft had flown 790 n miles through three countries to arrive at the United Nations (UN) compound in Bor in the early hours of 21 December 2013. Once over the compound where the evacuees were located, the CV-22s made a brief reconnaissance overflight before making their turn into their final approach.

It was at this time, the AFSOC said, that the formation was fired on, with 119 hits to the aircraft causing multiple system failures on each of the three Ospreys and wounding four special forces personnel. At the time it was reported that the ground fire may have come from South Sudanese Army defectors, and that a UN helicopter had been shot down in the same area just the day before.

With the CV-22s severely damaged the rescue mission was aborted, and the aircraft immediately exited the danger area. The flight controls, fuel, and hydraulic systems were damaged on all three aircraft, and the formation had to co-ordinate in-flight refuelling hook-ups in order to make the 480 n miles to Entebbe in Uganda, where the injured personnel received medical treatment.

The AFSOC crewmembers’ achievements during this flight earned them the 2013 Mackay Trophy, which is given by the US Air Force (USAF) to the most meritorious flight of the year.

The CV-22 took on the USAF’s combat search-and-rescue (CSAR) role from the now-retired Sikorsky MH-53 Pave Low helicopter, having entered service in 2006. Speaking to IHS Jane’s during a visit to the 1st Special Operations Wing (SOW) at Hurlbert Field in Florida in 2013, Major Fernandez Zapata, a CV-22 pilot with the 8th SOS, spelled out the improved capabilities that the CV-22 affords, saying that its ability to fly at fixed-wing speeds and over fixed-wing distances, but having the flexibility of a helicopter when it gets to where it’s going, is a real game changer.

Prior to this operation, the US Marine Corps (USMC) had shown the value of the Osprey as a CSAR platform, when two MV-22s operating from the USS Kearsarge (LHD-3) in the Mediterranean rescued the two-man crew of a crashed USAF Boeing F-15E Strike Eagle during the early stages of the no-fly campaign over Libya in 2011.

1 Response to Saving Christians? What About Sudan?