Here we go again! Kerry is wasting U.S. taxpayer money to impose an Arab-centric “Final solution” to the Arab-Israeli conflict. (As James Baker promised in 1991: “If you sign on to our “coalition”, we’ll take care of the Jews”.)

He stopped short of saying Israeli surrender to the PA would stop ISIS sex slavery. 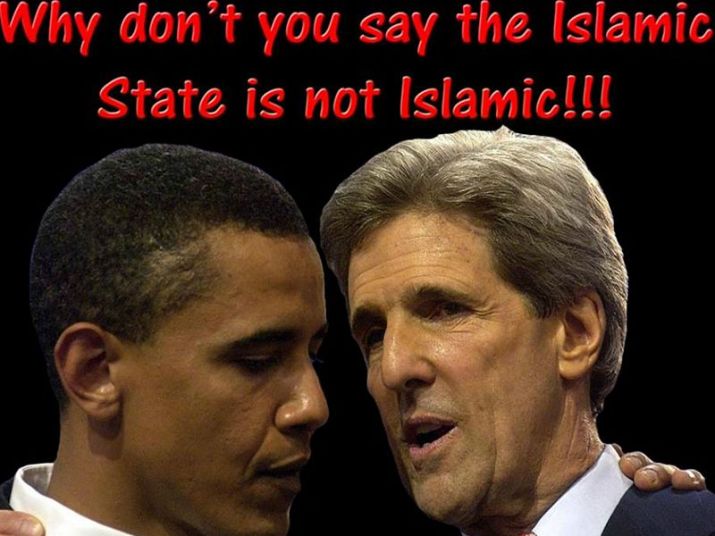 The “reaching out to Muslims” team.
Photo Credit: Conservativeinfidel.com

U.S. Secretary of State John Kerry told Muslims Thursday night that the absence of peace between Israel and the Palestinian Authority is “a cause of recruitment and of street anger and agitation.”

He told a reception in honor of the Muslim holiday of Eid al-Adha that the anger “has something to do with humiliation and denial and absence of dignity.”

This is not satire. This is real. This is actually what was declared by Kerry, former chairman of the Senate Foreign Relations Committee and now the Secretary of State of the United States of America.

It would be funny if it were not…

This entry was posted in Uncategorized. Bookmark the permalink.