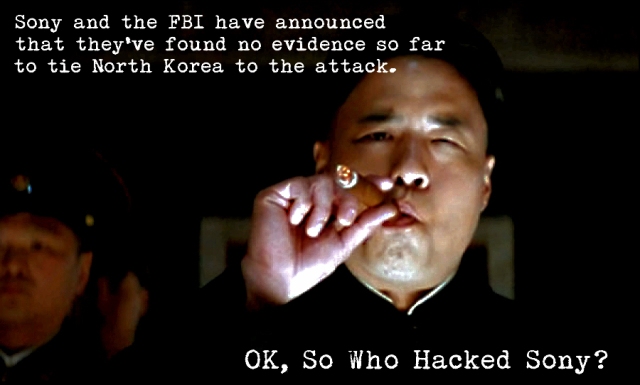 The Evidence That North Korea Hacked Sony Is Flimsy

Today Sony canceled the premiere of “The Interview” and its entire Christmas-Day release of the movie because of fears that terrorists might attack theaters showing the film.

The actions show just how much power the attackers behind the Sony hack have amassed in a short time. But who exactly are they?

1 The New York Times reported this evening that North Korea is “centrally involved” in the hack, citing unnamed U.S. intelligence officials. It’s unclear from the Times report what “centrally involved” means and whether the intelligence officials are saying the hackers were state-sponsored or actually agents of the state. The Times also notes that “It is not clear how the United States came to its determination that the North Korean regime played a central role in the Sony attacks.” The public evidence pointing at the Hermit Kingdom is flimsy.

Other theories of attribution focus on hacktivists—motivated by ideology, politics or something else—or disgruntled insiders who stole the data on their own or assisted outsiders in gaining access to it. Recently, the finger has pointed at China.

In the service of unraveling the attribution mess, we examined the known evidence for and against North Korea.

Attribution Is Difficult If Not Impossible

First off, we have to say that attribution in breaches is difficult. Assertions about who is behind any attack should be treated with a hefty dose of skepticism. Skilled hackers use proxy machines and false IP addresses to cover their tracks or plant false clues inside their malware to throw investigators off their trail. When hackers are identified and apprehended, it’s generally because they’ve made mistakes or because a cohort got arrested and turned informant.

Nation-state attacks often can be distinguished by their level of sophistication and modus operandi, but attribution is no less difficult. It’s easy for attackers to plant false flags that point to North Korea or another nation as the culprit. And even when an attack appears to be nation-state, it can be difficult to know if the hackers are mercenaries acting alone or with state sponsorship—some hackers work freelance and get paid by a state only when they get access to an important system or useful intelligence; others work directly for a state or military. Then there are hacktivists, who can be confused with state actors because their geopolitical interests and motives jibe with a state’s interests.

Distinguishing between all of these can be impossible unless you’re an intelligence agency like the NSA, with vast reach into computers around the world, and can uncover evidence about attribution in ways that law enforcement agents legally cannot.

So let’s look at what’s known.

Read the rest of the article at Wired.Com 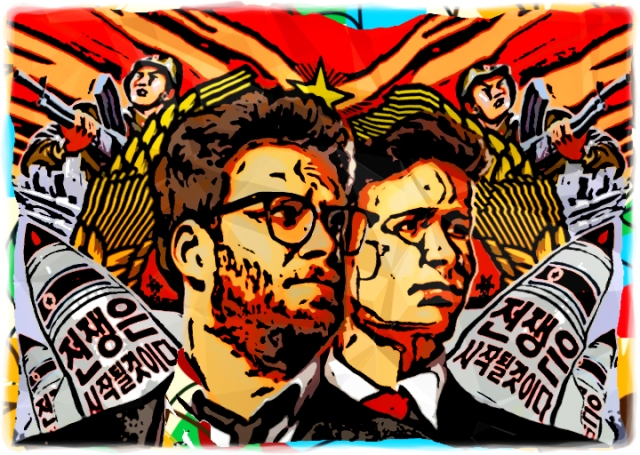 However, the evidence the FBI cited in its press statement — that some of the malware, and some of the network infrastructure, used to hit Sony Pictures resembled those used in previous suspected North Korean attacks — was not enough to convince skeptical experts.

“All of the evidence [the] FBI cites would be trivial things to do if a hacker was trying to misdirect attention to DPRK,” tweeted Brett Thomas, chief technology officer of Redwood City, California-based online-services company Vindicia, referring to North Korea by the acronym of its formal name, the Democratic People’s Republic of Korea.

“It’s complete nonsense,” wrote Rob Graham, CEO of Atlanta-based Errata Security, on his blog. “It sounds like they’ve decided on a conclusion and are trying to make the evidence fit.”

“While the United States government seems convinced by technical analysis and intelligence sources that the North Koreans were behind the attack,” widely respected independent security blogger Brian Krebs posted following the FBI statement, “skeptics could be forgiven for having misgivings about this conclusion.”

The FBI did mention that “the need to protect sensitive sources and methods precludes us from sharing all of [the] information” it had providing evidence of North Korea’s involvement.

Our original story follows, without alteration.

Many computer-security experts doubt the validity of the claim that North Korea is behind the Sony Pictures Entertainment hack, citing a lack of strong evidence and the possibility of alternate scenarios.

“There’s no direct, hard evidence that implicates North Korea,” Sean Sullivan, a security adviser at Finnish security firm F-Secure, told Tom’s Guide. “There is evidence of extortion (the Nov. 21 email [to Sony executives which demanded money]) and the hackers only mentioned [the movie] The Interview after it was brought up in the press, which they then used to their advantage.”

“There’s no evidence pointing to North Korea, not even the barest of hints,” Robert Graham, CEO of Atlanta-based Errata Security, told Tom’s Guide. “Some bit of code was compiled in Korea — but that’s South Korean (banned in North Korea, [which] uses Chinese settings). Sure, they used threats to cancel The Interview — but after the FBI said they might.”

Rather than an international incident of “cyberwar,” the Sony hack looks like an inside job, several skeptics say.

“My money is on a disgruntled (possibly ex) employee of Sony,” Marc W. Rogers, a security researcher at San Francisco-based Web-traffic optimizer CloudFlare, wrote on his personal blog. “Whoever did this is in it for revenge. The info and access they had could have easily been used to cash out, yet, instead, they are making every effort to burn Sony down.”

For the most part, the doubters are undeterred by newspaper and television reports yesterday (Dec. 17) that a U.S. government agency, so far unnamed, would present its evidence for a North Korean connection today (Dec. 18). Kim Zetter, a longtime security reporter for Wired, posted a piece picking apart the Pyongyang hypothesis just before the leaks broke, yet continued to stand by her story.

“At risk of launching another Tweet storm, I’ll point out that intel[ligence] sources also claimed Brazilian blackouts were caused by hacker extortion,” Zetter tweeted yesterday, referring to a since-debunked allegation that was aired on CBS News’ “60 Minutes” a few years ago.

Skeptics pointed out that the hackers seem very familiar both with Sony Pictures’ internal network and with American news media — two things that would be unlikely in hackers operating from North Korea.

“To handle this sophisticated media/Internet campaign so well would require a handler with strong English skills, deep knowledge of the Internet and Western culture,” wrote the pseudonymous vulnerability broker The Grugq. “I can’t see DPRK [the Democratic People’s Republic of Korea] putting this sort of valuable resource onto what is essentially a petty attack against a company that has no strategic value.”

Even the few tidbits of evidence pointing to North Korea — malware with Korean encoding, and a server in Bolivia, that had been previously used in North Korean attacks — don’t convince seasoned cybersecurity experts.

“It just doesn’t feel right,” wrote independent British security blogger Graham Cluley. “Trying to determine the location of Internet hackers can be as hard as nailing jelly to the ceiling. It’s not uncommon at all for attackers to use compromised computers in other countries as part of their attack to throw investigators off the scent.”

“So far, the information that’s come out has pointed the finger at North Korean proxy groups, but it’s been context-based,” political scientist Peter W. Singer, a senior fellow at the Washington, D.C.-based think-tank the New America Foundation, told the tech blog Motherboard yesterday. “It wouldn’t meet the level needed in a court of law.”

To Singer, it certainly doesn’t warrant the dramatic reaction by Sony Pictures, which canceled the release of the James Franco / Seth Rogen caper The Interview yesterday after an online posting attributed to the hackers obliquely threatened attacks on theaters that showed the movie.

“The attackers wonderfully understand the American psyche,” Singer added. “This was a hack, but call it ‘cyber’ and ‘terrorism,’ and we lose our [stuff]. There’s no other way to put it.”

Even the language used by the hackers seems to contain tongue-in-cheek references. The group’s self-determined name, Guardians of Peace, may be both a dig at the Republican Party and a nod to the summer hit Guardians of the Galaxy.

Cinema owners were scared by the threat to “remember the 11th of September,” but that sounds like an allusion to “remember, remember the fifth of November” from the 2006 movie V for Vendetta, which spawned the craze for Guy Fawkes masks among supporters of the hacktivist movement Anonymous.

Unless North Korean leader Kim Jong Un declares that his minions did, indeed, carry out the attack, we may never know exactly who did it. Until then, it’s best to take all claims with a grain of salt.

“My advice to journalists, business executives, policymakers and the general public is to challenge everything that you hear or read about the attribution of cyberattacks,” Carr wrote. “Demand to see the evidence …. Be aware that the FBI, Secret Service, NSA, CIA and DHS rarely agree with each other, that commercial cybersecurity companies are in the business of competing with each other and that ‘cyber intelligence’ is frequently the world’s biggest oxymoron.”

Paul Wagenseil is a senior editor at Tom’s Guide focused on security and gaming. Follow him at @snd_wagenseil. Follow Tom’s Guide at @tomsguide, on Facebook and on Google+.

Agree? Disagree? Was it North Korea, or three kids sitting in a basement in Duluth? Let us have it in the comments.