It’s “Groundhog Day” today, as it was yesterday, for the MainStreamMedia® !

Today’s incredulous headlines read: “A video purporting to show the killing of Ethiopian Christians by Islamic State-affiliated militants in Libya has been released online.”

Purported? Alleged? For G-d’s sake, the video clearly shows, in “Islam-o-Vision” close-ups, the Muslim savages slicing the heads off of innocent Ethiopian men, whose “crime” it was to be followers of the Christian faith. Must the witless Media always attempt to interject  some sense of uncertainty and doubt into every report of Islamic savagery?  Must they forever feel it their duty to come to the defence of Muslim barbarians?

A great deal of the blame for desensitising the Post-American peasantry to the threat of Islam must be laid at the door of the pious, limp-wristed Chrislamist clergy who devote their time praying for the destruction of Israel (and the elimination of the Jews) while praising all things Islamic.

Desmond Tutu dancing to the anti-Israel chants in Boston MA.

We witness the Anglican and Catholic Archbishops of Boston applauding while their brother in arms “Archbishop Tutu” dances to the death of Israel…while refraining from any criticism of Islam, the “religion”of intolerance and death.

The latest Islamic State video release should be dedicated to all the so called Christian clergy who, like the Judas goats they are, lead their flocks to the cruel Halal slaughterhouse.

The following is a message to gullible Christians from the Islamic State; 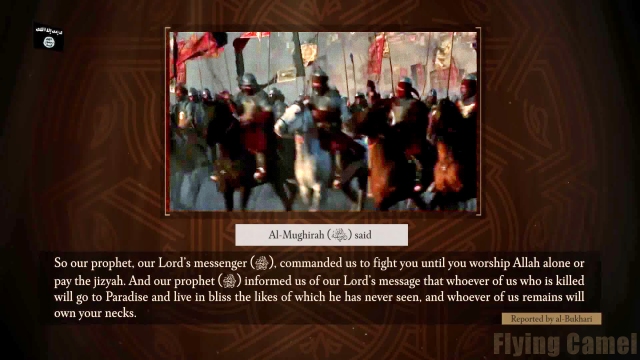 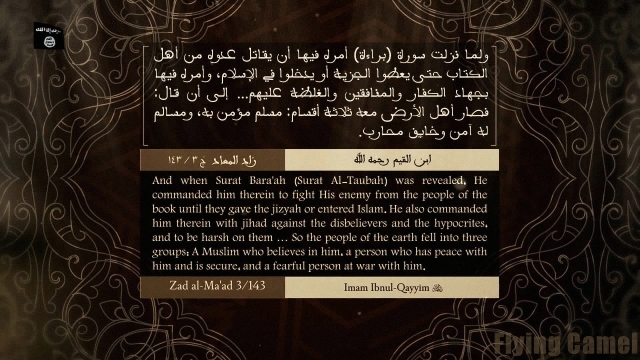 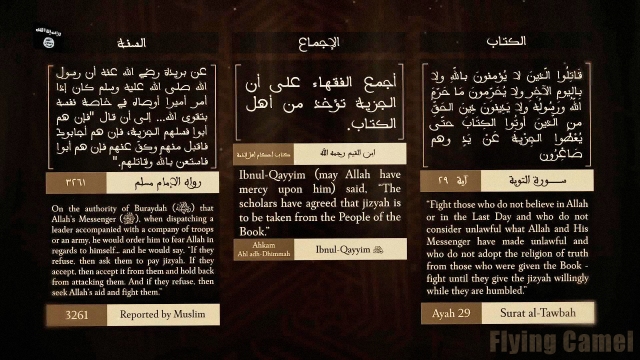 The Muslims Have Been Very Busy With Their Version of Interfaith Outreach!

Here is a “News Flash” for the Media and American “Christians”:

The Ethiopian Church is older than the Church of Rome, and a hell of a lot older than the various Evan-jellyfish denominations with  avaricious harlots in their golden pulpits. Why do you stand idly by as your “Christian brothers” are slaughtered by the Muslims? 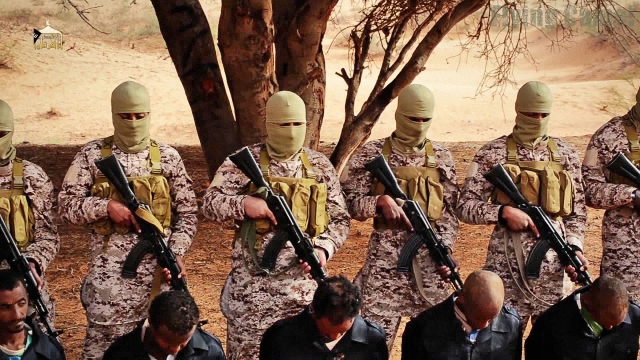 The terrorist in Black (above) is an American, the evil spawn of one of those “refugees” that U.S. churches have imported into the country by the million.

Still feel like participating in the “Outreach” programme at your local “Prosperity Church”????? Why don’t you help prevent the genocide of Christians instead?