In the United States “Immigration” is an umbrella term that includes over a dozen ‘programmes” designed to import foreigners, many, if not the majority of whom, are from third world societies whose values are antithetical to those of the West……..and certainly pose a societal threat to  the United States. The Democratic and Republican parties that rule the USA as a single monolithic police state have a policy of disinformation and diversion when it comes to the subject of how many and from where the several million immigrants per year originate.

While the downtrodden residents (I’ll not flatter them by referring to them as “citizens”…. as the current US population absolutely reject the responsibilities required of citizenship.) of what we call “Post-America” content themselves with watching the antics of of Antifa or various [bogus] Congressional hearings, the Republican and Democratic factions of the ruling Draconian elite are busy ensuring the destruction of North America as soon as is humanly possible.

Let’s check out some of the recent headlines………..most of which are never read by the mainly disinterested creatures who populate the region.

This shit does not jibe with the much publicised propaganda spewed by Post-America’s ruling elite. The replacement of the American middle-class continues unabated.

(Mike Lee and the rest of the Republicrats are intent on reducing the wages of the AMERICAN BORN, Ethnically “Euro-American”, professionals to a fraction of the current US minimum wage. We are talking about LEGAL IMMIGRATION and not some Central Americans wading across the Rio Grande River,) 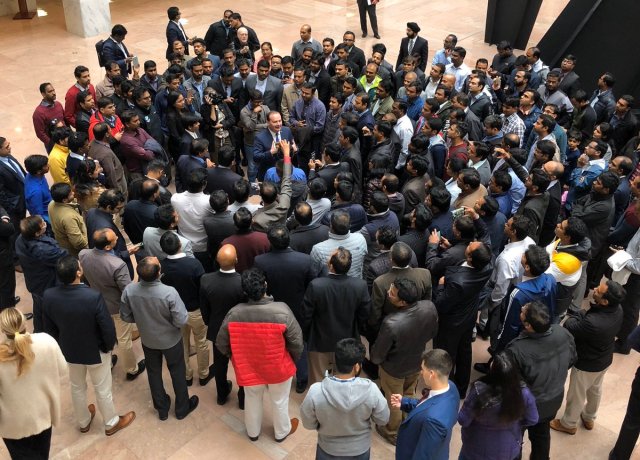 A group representing the millions of Indians (India is a country in Asia by the way) who entered the US on Temporary Visas, and were upgraded to full citizenship allowing them to import dozens more Indians under the family reunification programme, applaud Senator Mike Lee for his efforts to change the country into another Calcutta.

Senator Lee calls his population replacement programme the “Fairness Act” as if forcing skilled US workers out of the job marketplace, to be replaced by third-worlders at low wages is “only fair”

‘Tens of Thousands’ of Fraudulent African Refugees Living in America

Then there are the Refugees, Visa waivers, et.,etc.,etc.

Nearly half came from Somalia.

Just as the Refugee Industry agitators press for more Iraqi interpreters to be admitted to the US (we already welcomed 18,000!), one of Obama’s picks gets 30 years for running massive drug operation. @OANN https://refugeeresettlementwatch.org/2019/10/06/iraqi-interpreter-welcomed-to-america-sentenced-to-30-years-as-mastermind-of-massive-drug-operation/ …